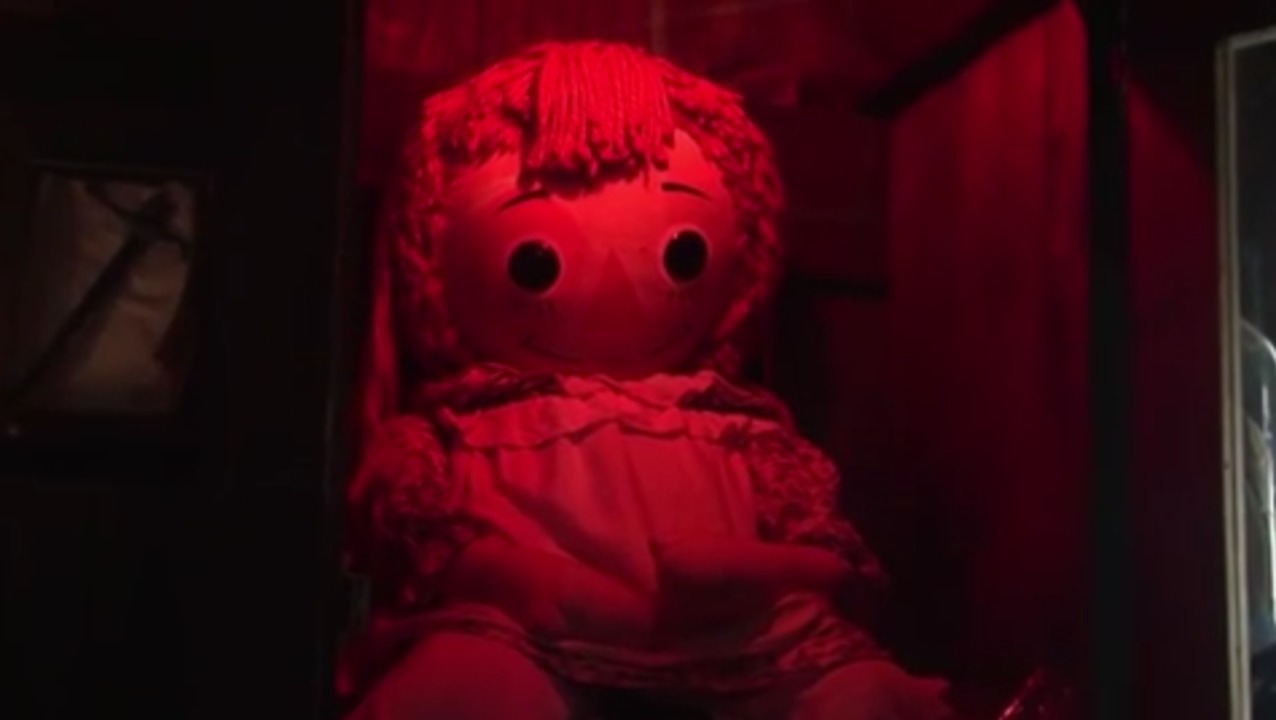 UPDATED 2019: This ‘real Annabelle doll’ article may be considered disturbing by some, reader discretion is advised.

The Conjuring is based on a real story, and one of the scariest element is the doll. Intrigued by the doll at the beginning of the movie back in 2013, I did my own research! Ready for a late night horror story? Scroll down to enjoy…

Will The Real ANNABELLE Please Stand Up?

As you can see, the real Annabelle doll is actually a Raggedy Ann doll. What is Raggedy Ann doll? Well, it’s a famous cartoon character which our grandparents and generations before used to love (below):

Hence this is the reason why James Wan can’t use the original doll too, due to copyright infringement issues. And of course, the movie’s doll creation is scarier too!

When did the haunting start?

Back in the 1970s, a mother bought a 2nd-hand doll as a birthday present for her daughter, DONNA.

DONNA brings the doll to live in an apartment with her roommate, ANGIE. She then sleeps with the doll on her bed for everyday, until a few days later…  The doll started to move.

A month later… (ps: I don’t know how can anyone live with a moving doll for a month, omg) the doll began to write messages with papers & pencils. Every night when they came home, the doll will leave messages writing, “HELP US.” Sometimes it writes “HELP LOU.” (Lou is Donna & Angie’s good friend).

Scariest of all, there are NO PENCILS or PAPERS in the apartment. Then one night, DONNA found the doll on her bed again. She thought it was normal & didn’t care… until she saw BLOOD on the doll. Finally scared, they decided to ask help from a medium (someone who can talk to ghosts).

Annabelle conveyed that, she’s a lonely little girl who wants to stay with DONNA and ANGIE because they are nice. The doll even said that all she wanted was to be loved. Being kind, both of them agreed to let Annabelle to stay with them permanently.

Remember when ANNABELLE wrote the notes? One of the notes said, “HELP LOU.”

Lou was a good friend to both DONNA and ANGIE. He happened to dislike the doll very much and constantly asked them to throw the doll away!

In return, he began to have bad dreams. He dreamed that one night, he couldn’t move on his bed. Then, ANNABELLE slowly glides up his legs to his body to STRANGLE him. Naturally, he woke up with fear the next day.

But wait, another scary thing happened to LOU.

One day when LOU was planning with ANGIE about a road trip, suddenly they heard loud noises from DONNA’s room. They’re afraid it might be burglars, so he went to check the room. No one’s in the room… except for ANNABELLE. Suddenly, he felt searing pain on his chest! There were 7 scars.

Finally, DONNA believed LOU and seek help from Ed & Lorraine Warren (the main characters in the movie, they are real too!).

It was revealed that the doll is not a little girl; it’s a demon trying to get DONNA’s soul. It was luck that DONNA agreed to seek help from the Warrens because if this goes on for another 2-3 weeks, the demon will successfully possess her soul and eventually everyone in the apartment will be harmed or murdered.

On the way back, Annabelle tried to fight the Warrens.

The car brakes failed and the Warrens almost got into an accident. Surely, the Warrens sprinkled holy water to stop Annabelle. Finally, they managed to drive home safely. The Warrens also experienced weird things such as the doll moving. So, they locked it in a glass case (just like in the movie).

Strange things also happen when ANNABELLE is locked up. Here were 2 cases of people who insulted the doll…

Hope you enjoyed it & thanks for reading. It’s almost 2AM now. I should sleep before it’s 3:07am! Goodnight 🙂

Lazy to think of caption. Nah here's a pic lah.