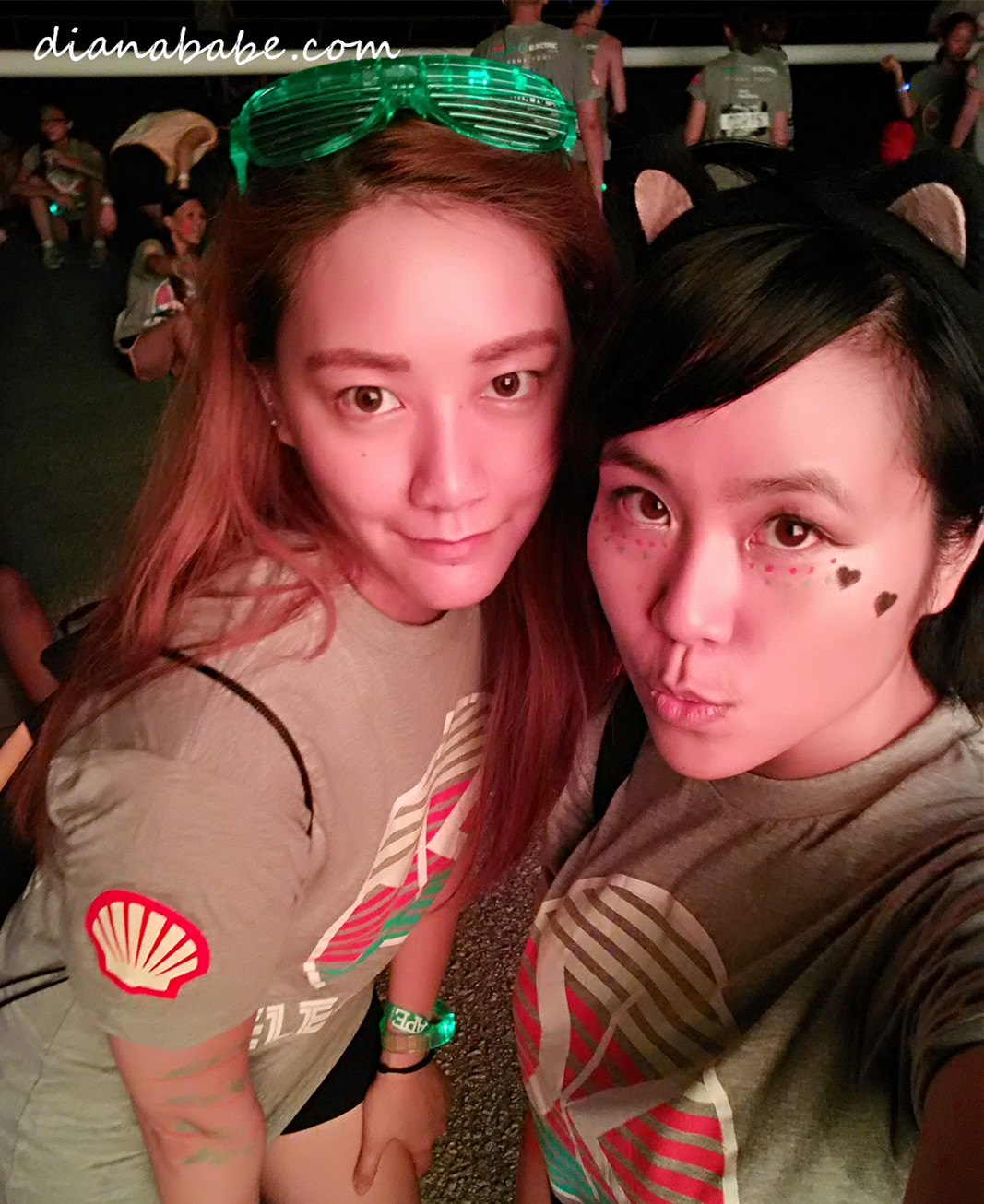 In case you didn’t know, I used to be Athlete of the Year in high school (about 15 years ago) championing runs in general, long or short ones. I looked so… different from now. Muahaha.

Things are different now, let’s just say I haven’t been the most active person lately. I feel like a potato, an eating one *nom noms* It’s the first time I joined marathons ever since my high-school days. I don’t even know if 5km qualifies as marathon indeed. Hence, I’m acting like a buffoon when I was invited to join Electric Run 2015 in Malaysia. Wheeee~*jumps* 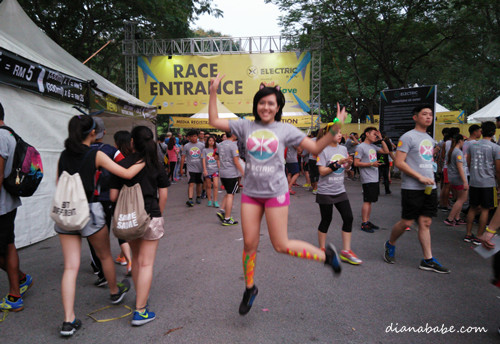 Haven’t you heard, it’s the biggest Electric Run in the world, so far. And I was invited thanks to SHELL Malaysia.

Are you using Shell petrol? If not, go do it. Just do it!!
Oops, too much advertorial eh? Sorry, just doing my job as a sponsored blogger. Cari makan aje, pardon me ( ͡° ͜ʖ ͡°)

Anyway, back to the topic. I was excited as a little kid. So excited, I even did body painting. 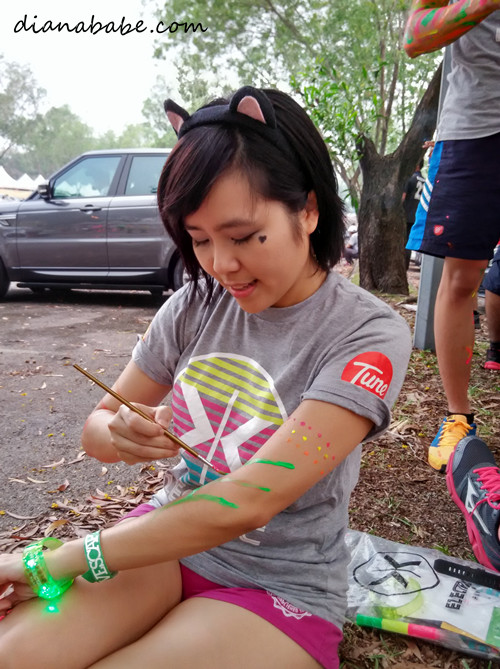 Then, soon it gets dark… time to prepare for the run! 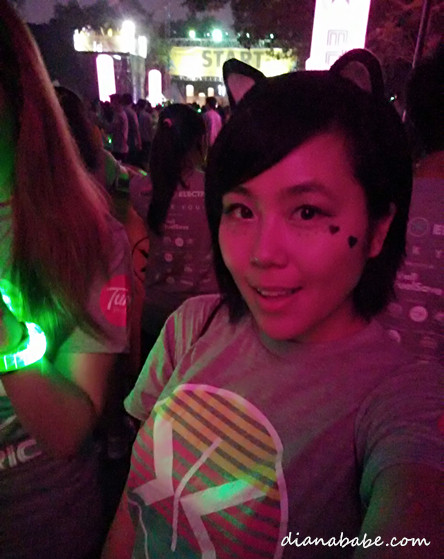 The run starts! It’s just one of the lighted paths we run through… there’s music too! 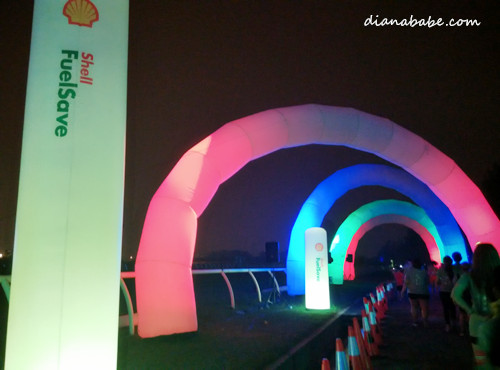 And there’s an electric dancing man… He’s so hot (not handsome hot) but literally HOT! I can’t imagine wearing that suit. Salute him, yo! 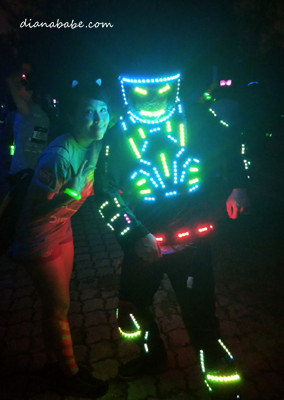 And of course, #wefies are always allowed in any occasion… even when we’re all sweaty 😛 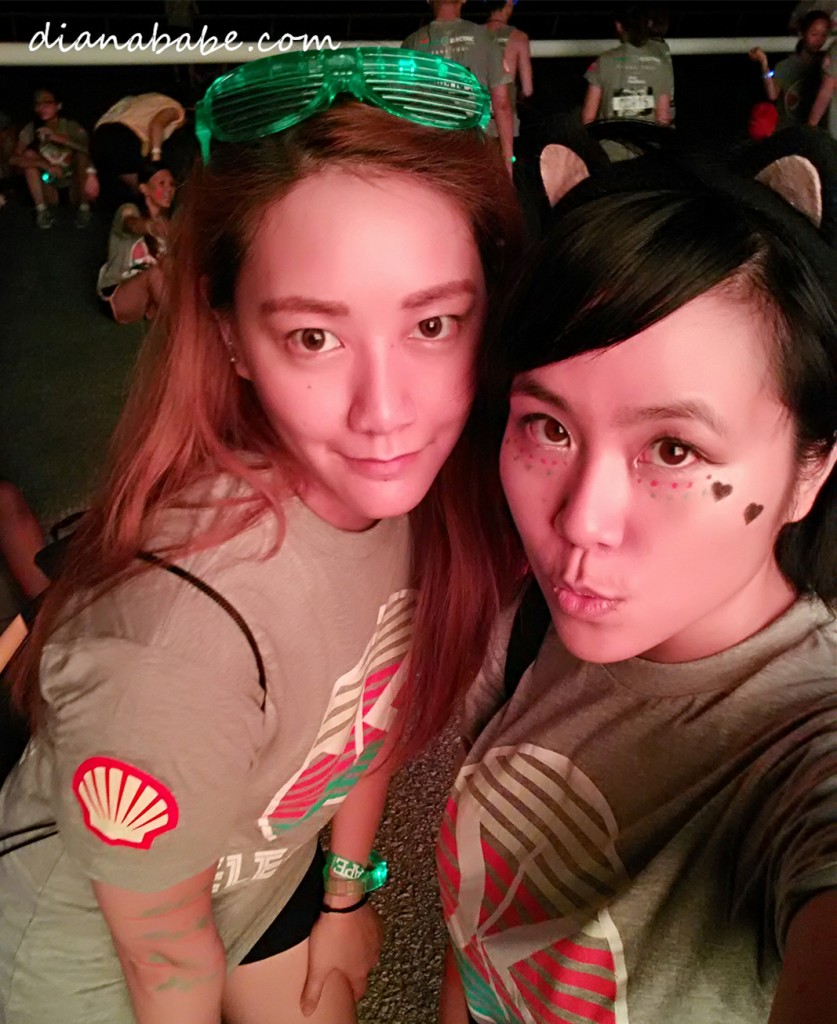 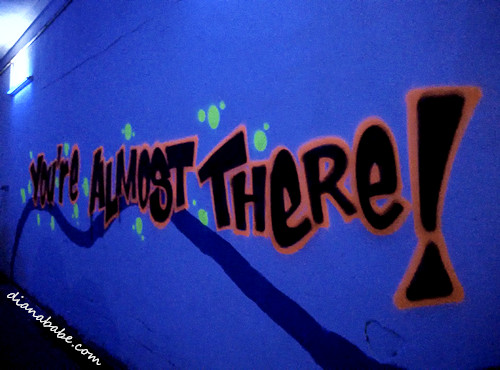 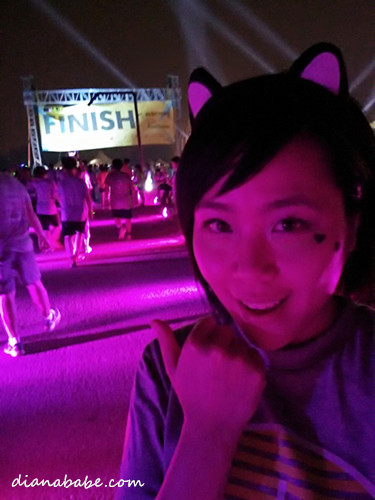 And to be awarded by free ice-cream after finish line…. time to gain back some calories from my ‘run’ 😛 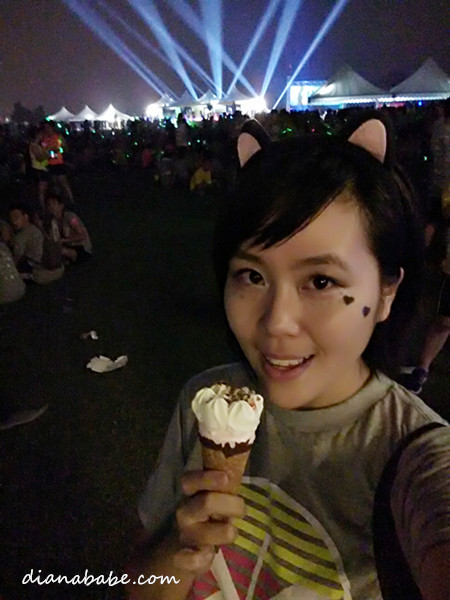 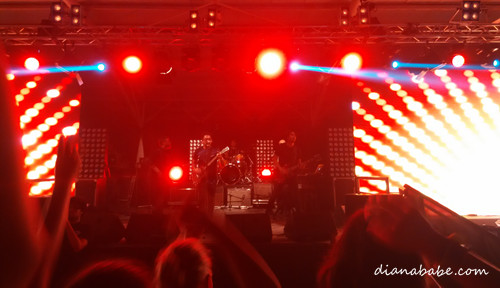 Wanna see my experience in real-life? Watch the video below 🙂
[youtube]https://www.youtube.com/watch?v=MMySkiPKiv8[/youtube]

I had fun, because I accomplished two things I never thought I would after my schooling days;
1) A full-fledged run, which I didn’t quit half-way
2) Paint my face like a buffoon in adulthood

These might seem like small things but having to achieve such little things that seemed impossible matters to me, and I’m sure it will matter to anyone in my shoes as well.
Just like Shell FuelSave, we can achieve so much more little things in life if we just put our foot on it. Taking car as a metaphor, if you pick the right choice of petrol (one which helps you save fuel, like Shell) you can go much further doing little things along the way which matters to you. Sometimes, it doesn’t take much to accomplish things in life, just by making the right choices… Just saying 🙂

Here’s my little accomplishment to end this post. My first medal after many years *cheers* 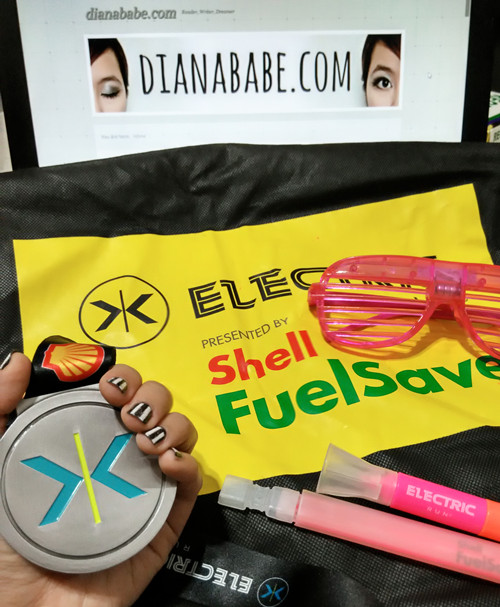 Do you love shopping too? Here’s something speci

Which filter is better... first or second pic? (sw

I need a bigger 'straw'. Swipe left for a better v